The inaugural Rocky Mountain Cup took place in Boulder from May 2-4. The idea for a competition between players from Boulder vs the rest of the USA was hatched by captains Jeff Snow and Bob Litwin while they were playing the President’s Cup in Normandy last summer. Jeff told Bob that since he moved from New York he kept hearing that players wanted to come out to Boulder to visit and play.

It turned out to be an amazing few days. Snow on Monday and Tuesday and a dreary rainy Wednesday created some doubt for the visitors but they were reminded by Bob that if you don’t like the weather in Boulder, just wait five minutes. And just as predicted Bob led several players and wives on a hike to the Red Rocks of Sanitas Mountain. Check out that sky! 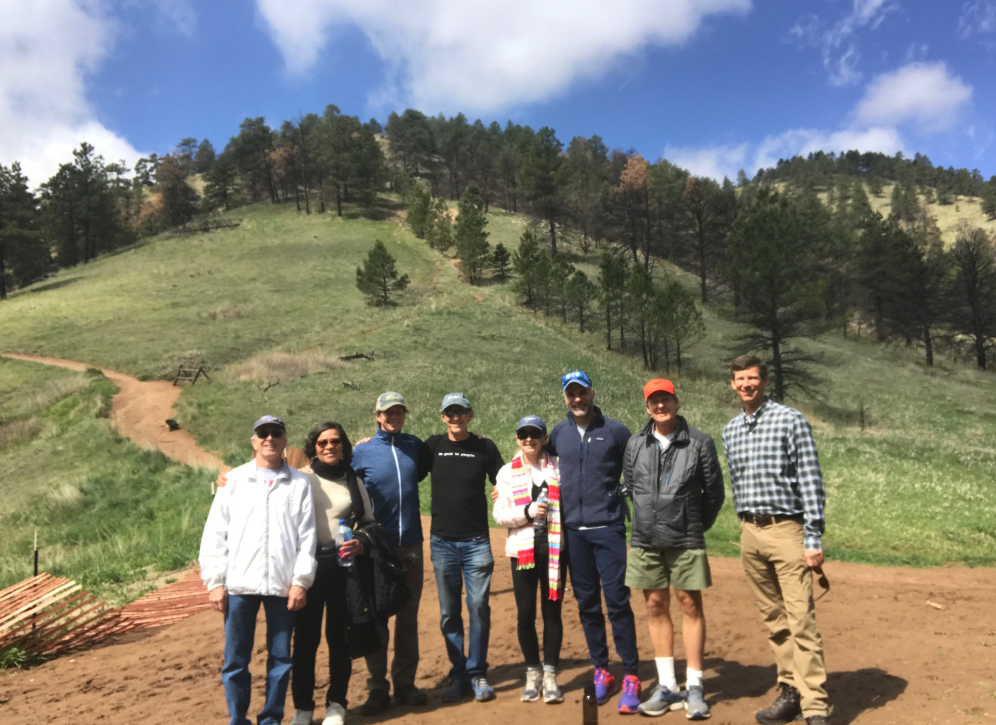 Thursday afternoon everyone turned out to meet and greet at the Meadows Swim and Tennis Club for practice as the visiting team needed to adjust to the 5280 foot altitude.

The first day of matches was played at the Meadow Creek Club in Lakewood. Beautiful Boulder day and of the 14 matches played there were seven three setters. Highlights included #2 in USA 65s Geoff Cykman defeating #1 in the 70s, host Bob Litwin, Boulderites Wendy Mortner and Stacie Bowman defeating Tina Samara and Emma Doyle. Greg Beeecher and Cykeman ere 2-0 in leading team USA to a 9-4 lead at the end of day 1.

Nearly 50 players and guest showed up for a bbq hosted by the the Litwins at the Boulder Meadows  Club. Everyone who played spoke about the incredible vibe of this IC match. The non members who played, over and over again, commented on the camaraderie, fair play, bonding, support. Kevin Braun of Kansas City expressed how this feeling on the court is what he has been eager to be a part of. Where winning means a lot but that the love of competing and appreciation of opponents is bigger.

Saturday play switched to the Boulder Meadows Club after a morning hike up the Flatirons Arch. More matches that went to the third set as the Rocky Mountain team closed the gap with early wins. Highlight matches were the mixed doubles. Doyle and Ehren lost close to Bowman and Harper of Boulder while Samara and Cykeman defeated Mortner and Theo Mandel. In the end Team USA defeated Team Rocky Mountain 12-10.

Saturday night everyone gathered for a Boulder iconic experience at Centro. Outdoor dining with a view of the Rockies, live music and people all around. The trophy was presented and after food and drinks many of the attendees went the 105 year old Boulderado Hotel for dancing and music in the speakeasy.

Hugs all around and promises to stay connected amongst the players. The Rocky Mountain Cup will return again next year. 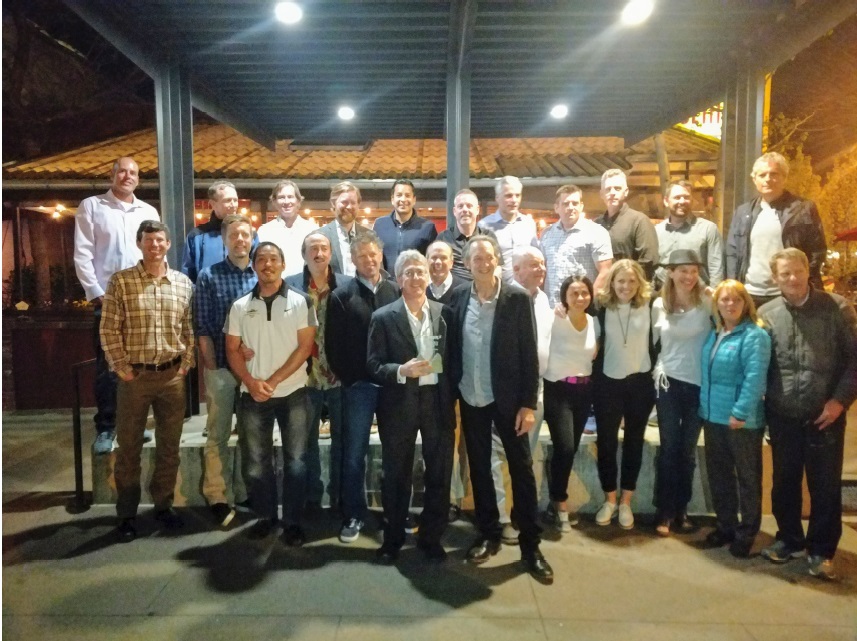 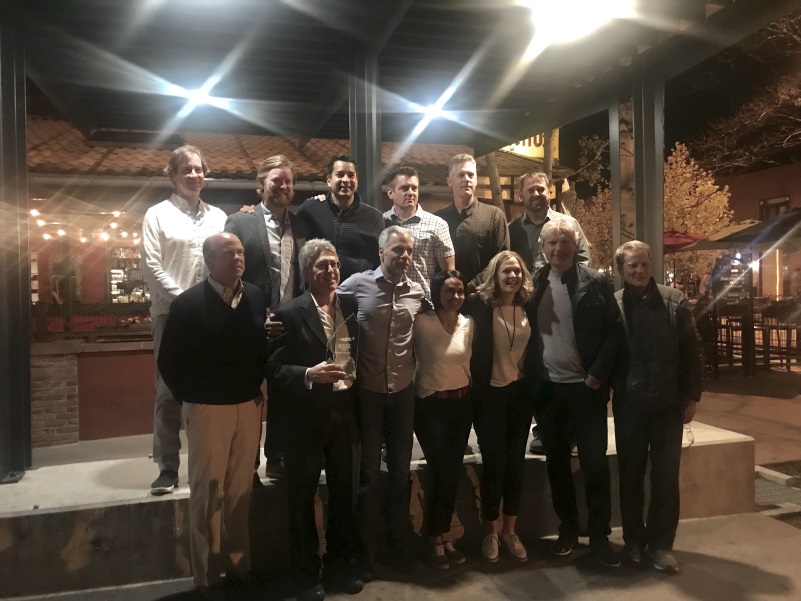 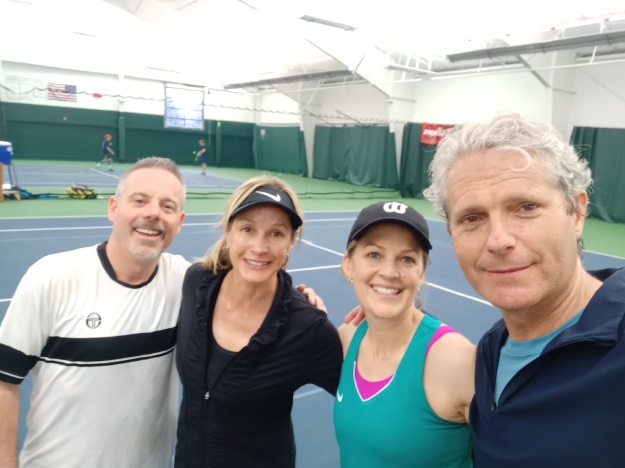