In the last week of August 2019, the Ted Avory Cup was played at the historic Berkeley Tennis Club (BTC) in Berkeley, California.*  This was the twelfth meeting between the IC of Great Britain (ICGB) and the USIC, with the USIC leading six to five. Captained by Charlie Hoeveler and Erika Smith, the USIC prevailed 20-16.

Super tie-breakers were the theme of the tennis competition.  At the end of the first day of matches, the USIC was leading 11-9.  Three matches were decided by a super tie-breaker and all three were won by the USIC.  On the second day, it was not until late afternoon that the USIC reached nineteen wins, thereby guaranteeing victory.  Four super tie-breakers added to the drama, with the British team prevailing in three of them. Click here for the individual match results.

In addition to tennis, the US and British players renewed their friendships off the court and enjoyed California wines at every opportunity.  A different winery was featured at each of the four social events – the USIC team dinner, the event kickoff dinner, the IC dinner and the barbeque at the conclusion of the event.  The players also co-hosted a Special Olympics clinic and spent an afternoon at the Keenan Winery in the Napa Valley.

*Click here to access the article written about the BTC and the Ted Avory Cup by Joel Drucker, historian-at-large for the International Tennis Hall of Fame, and a member of the BTC and the USIC. 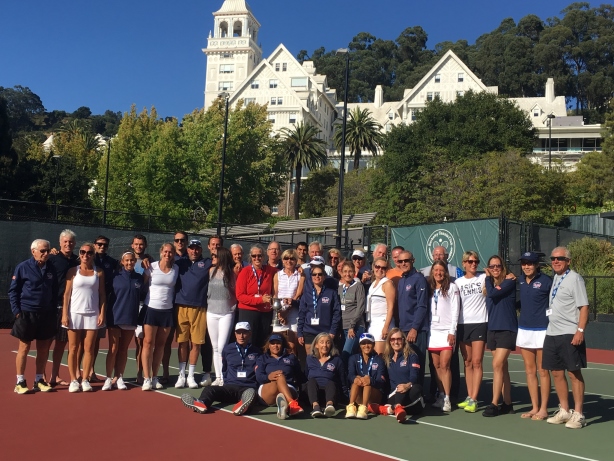 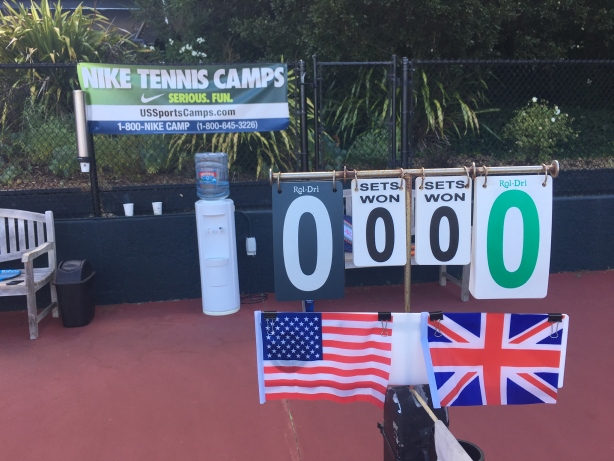 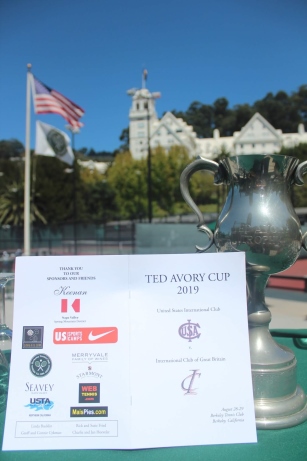