The 36th edition of the Potter Cup, a Men's 45s team event was held in Barcelona, Spain, on May 29th - June 1st, 2008. The host and defending champion IC of Spain presented once again a very elegant and competitive competition.

The lone match victory for the US came in doubles with Cushing/Winkler prevailing in a third set super tiebreak.

Spain beat Italy 4-3 in one semi-final, and Great Britain edged France in the other semi-final 4-3 after trailing 3-0. In the final, Great Britain won the coveted Potter Cup 4-3 over Spain. As a historical note, the Brits had last won the Cup in 1983. In order to reverse its fortune, Great Britain brought former Davis Cup members Jeremy Bates, Nick Fulwood, and Nick Brown, who were joined by Chris Hearn and Steve Algers.

Congratulations to the British squad for a well earned victory.

In the back draw, the US bested Ireland 5-0 and then beat Belgium in a come from behind victory, 4-3, to claim 5th place. 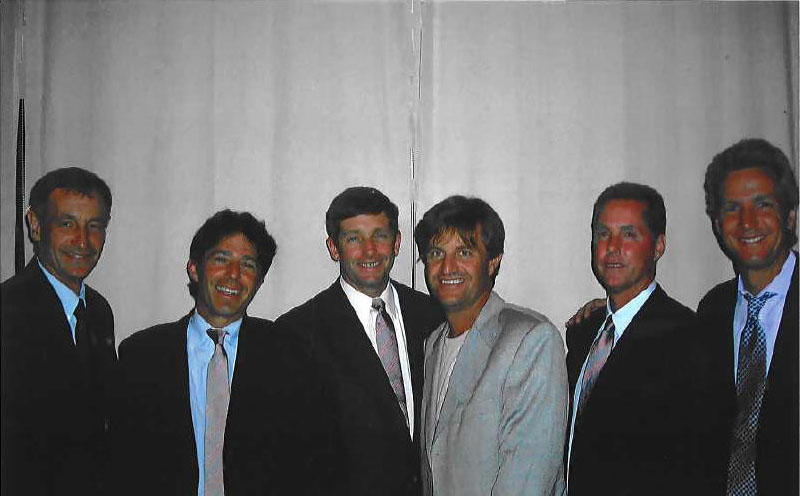