The 43rd Potter Cup is one of the preeminent team competition in senior tennis.  It draws many former pros and top veterans from around the world.  It is played in Barcelona, Spain on the beautiful red clay courts of the Polo Club.  The format is Davis Cup style format with each match consisting of 5 Singles and 2 Doubles. This year’s competition consisted of eight teams from the following countries, Spain (two teams), Luxembourg, Great Britain, Italy, France, Belgium and US. The United States team was made up of Jeff Cohen (Captain), Mikael Pernfors, Agustin Moreno, Horacio Rearte,  Frank Vermeer, Tobias Svantesson, Carl Clark and Louis Ballantyne. (left to right per pic below)

The Us team defeated Belgium 7-0 in the quarterfinals, defeated Great Britain 6-1 in the semifinals and lost to the 2014 and 2015 champions Italy 1-4 in the Final. (doubles were not played as they clinched the match)

There were 2 formal dinners held; one at the Polo club and one at the Barcelona Club de Real. Great time was had by all!

France lost to GB; otherwise we were looking forward to a re-match!!! This year there were 3 outstanding teams-Italy, Spain and US.

On Friday (QF) vs. Belgium our singles line-up was as follows-

On Sat (SF) vs. Great Britain-

1. Mikael Pernfors
2. Frank Vermeer
3. Carl Clark-had to retire-injury
4. Horacio Rearte
5. Tobias Svantesson
We were up 4-1 in singles and they did not want to play Dubs

On Sunday (Final) vs. Italy 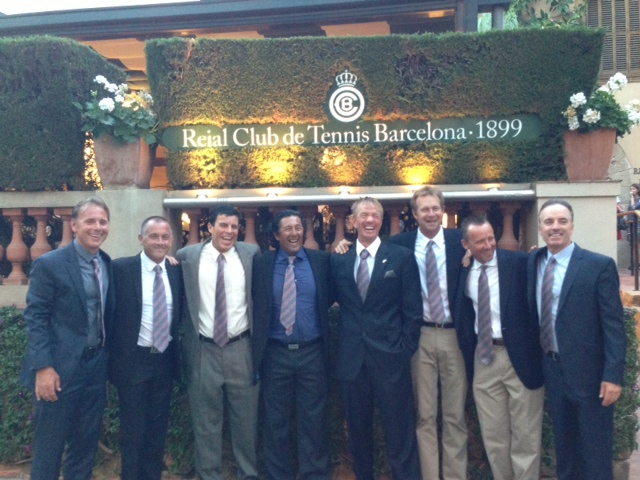 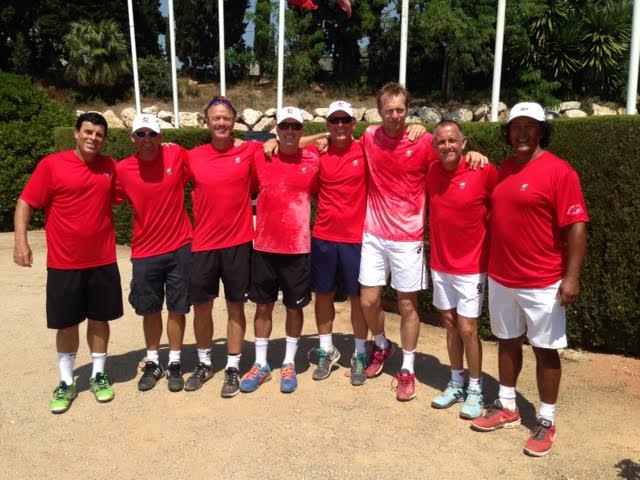