On Friday August9th the Gengler Cup team of six players arrived in Torontoand headed to the internationally renowned Toronto, Cricket, Skatingand Curling Club for an afternoon practice. After playing on theclay, the team was privy to view a world class figure skatingpractice session with three Olympians and gold medalist Yuzuru Hanyu. What a treat! Friday evening the Gengler Cup women and Baker Bowl,Sorlein Cup men gathered at the Hotel with some of our Canadian hoststo enjoy a nice cocktail hour and welcoming dinner.

The Saturday matches were held at themost unique tennis club one can imagine. We traveled to the ruralwest to “The Tennis Farm” where the farm owner had built 10 grasscourts on his property. Everyone agreed that it was a location withgreat character and that the courts were not pristine by any stretchof the imagination but better than expected, with the strong breezesgiving almost as much trouble as the irregular bounces. The US took 2matches to Canada’s 1 in each round to end the day up four matchesto two.

The evening Banquet was held outside onthe deck at the Toronto, Cricket, Skating and Curling Club. We allhad a wonderful time with fine wine, a delightful meal and captainsand player speeches.

Sunday’s matches were back at theCricket, Skating and Curling Club, and Canada was able to recruitsome new players who proved to be very tough competition. TheCanadians won four of the 5 hard fought matches played for a final 6– 5 win over the USIC.

It was a wonderful weekend, greattennis, fun socializing and new friendships made. Many thanks to ourCanadian friends for their gracious hosting and making the weekend somuch fun. 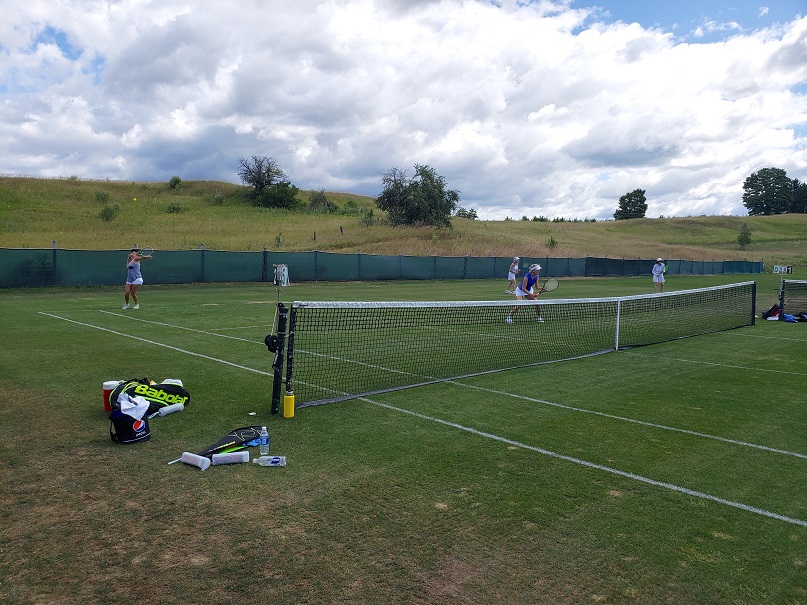 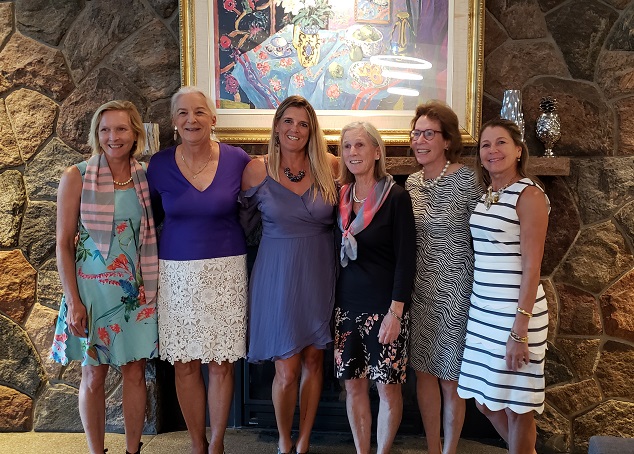